Hello everyone! Welcome to Movie Review Monday! Today I’m reviewing “Wanted”, a short film by Roundtable Productions. This film has won many awards, which is no great wonder if you have seen it before. It’s a beautiful telling of a powerful and much needed story. Enjoy the review as I take you behind the scenes of “Wanted”.

The story of “Wanted” is a struggle often overlooked: belonging. How does a foster child with a difficult past overcome the feelings of being discarded and abandoned to accept the love of a family? What does it mean to be wanted? That’s exactly what Luke Farnsworth discovers in this 20 minute short film.  The story wins major points with me because of the recap in Luke’s mind at the end of it. As the story is happening before your eyes, you don’t really grasp the significance of anything that is being done. But, in retrospect, when everything comes together, the viewer realizes the gravity of it all and the impact it has upon this young man. “Wanted” was a feature-length story told in a 20 minute short film and it was stunning.

This is Nathan, the director of “Wanted” and a relatively new face to the filmmaking scene, having only been around 3 years. However, Nathan is possibly the most ambitious, young filmmaker in the realm today. Early last week I had a conversation with Jacobson about his career in filmmaking and was astounded at some of the statements he made.

Me: Having been around the industry for 3 years, you must have been a part of several film projects. What are some of the other projects you have worked on?

Nathan: At the time of this interview I’ve been involved with 33 film projects thus far, which have ranged from narrative features and shorts, to commercial spots and promos, to editing event videos and demo reels.

After learning about what Nathan does and how aggressive a filmmaker he is, I wanted to get inside of his mind. So, I asked Nathan what his drive was. Why did he get up in the mornings and decide, “today is a day to inspire”? He had a few things to say.

“My goal in film is to simply help tell great stories; stories that are crafted with beauty, communicated with truth, and laced with artistic creativity. I want everything I do to be in collaboration with a team, to be filled with purpose, and to inspire its audience to something bigger than themselves.

My ministry as a Christian is found wherever God has me, with those He has placed in my life. Everything for which God has made me is ultimately about relationships, whether it be with Him, or my family, the people with whom I create, or anyone else. My ministry is not in my work; it’s in people.”

Stacey Bradshaw has been around the Christian film scene since 2010 and has become a well-known face around the block. Bradshaw was inspired as a child to become an actress and in her own words, described her inspiration in this way:

“I grew up watching classic movies from the 1940’s and 1950’s, and that’s what really lit the spark in me to pursue acting. I was so in love with the old movies and those actors of yesteryear, and wanted to be involved in making films.”

Stacey is a great example of a young, aspiring actress working her way up the ladder. She did not wake up one morning to find that she was an actress. She first worked in other roles on the film set, behind the scenes. Then, after two years of working behind the cameras, she was offered a speaking role in her first film, “The Wednesday Morning Breakfast Club”.

Rusty plays the part of a 17-year-old foster child who was abandoned by his father and mother at a very young age. Days before he turns 18 and free of the foster system, he is brought to the home of a young family where he learns what it means to be wanted. Rusty has been acting in films since he was 9-years-old, but it wasn’t until his role in the movie “Courageous”, that his acting career really took off. The biggest question in all of my interviews this time around was “Why did you want to be a part of this film?”, this is what Rusty had to say:

“I have worked in the past with neglected and abused children in the foster care system through an organization called Royal Family Kids. During my time there I had a special place in my heart grow for these children, and “Wanted” seemed to be a way I could educate the world on the struggles these kids face on a day-to-day basis.”

I wanted to find out more about how Martin’s experience with these hurting children helped in his attempt to tell their stories. So, I asked him about the preparation that went into portraying his character in the film

“I prepared for the role primarily by understanding the script. Nathan and his fellow writers were very specific in certain areas, so I set out to understand them. I then sat down and had a heartfelt discussion with Nathan about Luke’s background and what his character was supposed to accomplish in the film. Once I had an understanding of Luke’s motives I took on some of the traits I saw in the children I had worked with and applied them to Luke.” 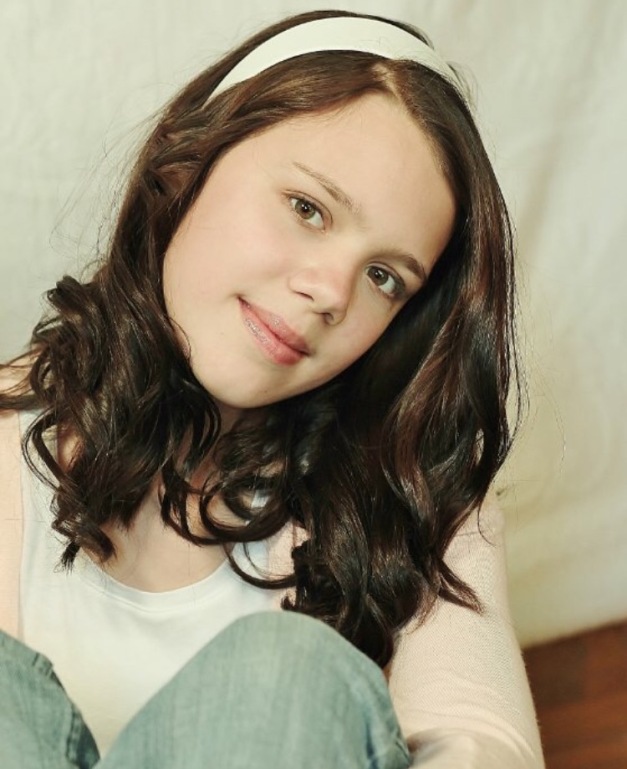 Since her film debut as Anna in the movie “Polycarp”, Eliya Hurt has become one of the most well-known young actresses in Christian film. Eliya and Rusty play opposite roles from each other in “Polycarp” and “Wanted”. In “Polycarp”, Eliya played the part of a foster child of sorts and Rusty’s character was the one who helped her transition from feelings of abandonment to belonging. In “Wanted”, the two switch places. I asked Eliya if it helped her to play her role in “Wanted”, to have been on the other side of the spectrum. She said this:

“Playing a similar role in “Polycarp” actually did help. I could better understand the way it felt for him to be the one coming into a family he’d never met before, trying to trust everyone and love them back.”

Eliya, along with the others with whom I talked, share the experience of feeling like one big family on screen and off. The spirit of this set was so family-centered that everything about it was conducive to portraying a loving family on screen. As far as hopes, dreams, and goals go, this young woman is not simply focused on her acting aspirations.

“I would deifintely like to be in more films, but right now I’m just working on finishing school. I also really love working with children and would like to do overseas missions as well.”

To these actors, it’s not about being the best, being famous or wealthy. They’re not just acting. That passion, that drive you see in their characters is the real them. Just to prove how real and genuine they are, I did something a bit different.

This was the time of the interviews where most of the cast probably thought I was crazy, but I wanted you to get to know the fun side of them as well as the serious. The rules of this little game were that I would ask a series of questions, which they would answer with the shortest answers possible in the quickest amount of time possible.

Eliya: Pink all the way.

Nathan: I have no idea, but I’ll say green because it’s my favorite color.

Stacey: Yes. It would be cannibalism.

Nathan: No… Unless they’re both rabbits.

Nathan: I think it was James Monroe.

These aren’t just actors, they are real people. But, they are not just ordinary people; they have a purpose and a mission. Through the film “Wanted”, God has used their talents to portray the message of how He saves. God seeks us out where we are. He will not abandon us or forsake us. He takes care of us, looks after us, and gives us a new family where we belong: where we are wanted. In every element you feel the hurt of this young main character. You hear his mourning in the score; you feel his tears in the cinematography; and you sense his soul in the acting. This film is a powerful story of the lost and the broken finding their way back to where they are wanted and loved. I encourage you to support it, support these actors and help widen the outreach of their message for Christ.

If you’d like to purchase “Wanted”, you can do so by clicking here. Also, the pictures are lniks to the actors and actresses IMDB pages, be sure to check them out.